“The Mexican is familiar with death, jokes about it, caresses it, sleeps with it, and celebrates it. It is one of his favorite playthings and his most steadfast love.”
-Octavio Paz

Death is a verb and a noun.

In Mexico, death is an ultimate experience of life, and in what seems to be a constant attempt to make it look approachable, we have made her look human and we have dressed her up; we have given her nicknames, le hablamos de tú*. Originally, sugar skulls were created as a reminder of the fact that death awaits us at any turn, and it is one of the many expressions of our inevitable relationship with “the lady with many names”: La Catrina (“the rich or elegant one”), La Tía de las Muchachas (“the girls’ aunt”), La Fría (“the cold one”), La Novia Blanca (“the white bride”). Death is a character that wanders amongst us.

Like any other Mexican celebration, food is at the center of el Día de los Muertos. Along with pan de muerto (literally, “bread of the dead”) and cempasúchil flowers, sugar skulls are staples of this festivity. It is virtually impossible to stumble upon any particular element of el Día de los Muertos that does not have a deliberate purpose or meaning. From the bread that symbolizes the circle of life and communion with the body of the dead, to the flowers that make a nod to the ephemeral nature of life, this ritual, especially in rural Mexico, is rich in both form and content.

I grew up in the city, and for the most part, I participated in these festivities as a spectator. It was not until my grandmother died a few years ago, when my uncle and my mother took over perpetuating this three-thousand-year-old tradition, that I became involved and more intrigued by it.

Year after year, the family travels to a small village in the outskirts of Puebla to set up an ofrenda for my grandmother, my great-grandmother, and other deceased relatives. They are remembered with their favorite food and dishes. My grandmother for example, loved to cook, so aside from prepared meals, her favorite kitchen tools are also set around her picture.

Candles are used either as symbol of hope and faith, or as a way to light the path of the dead as they descend. Water is included to quench the thirst of the souls, and as a symbol of purity. With these ofrendas, the dead are remembered and invoked.

The celebration continues in the cemetery, where the living and the souls eat together, listen to music, and even enjoy fireworks.

For a few days in November, in Mexico, death is a party.

The cementery of San Francisco Acatepec, where my grandmother is buried.

* “Hablar de tú” means to address someone casually, vs. the respectfully ‘usted’ that is reserved to address those who you don’t know or those who haven’t granted you permission to do otherwise.

This article was originally posted on La Vitamina T

All photos courtesy of Lissette Storch 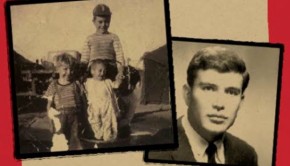 Our America: A Hispanic History of the United States →

On Growing Up Latina and Researching the “Hispanic” Label →